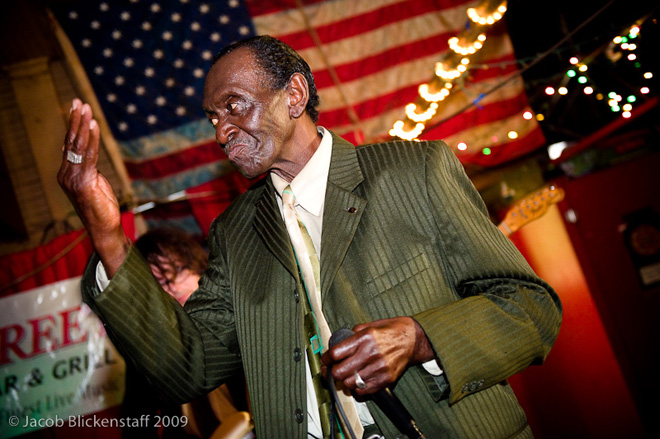 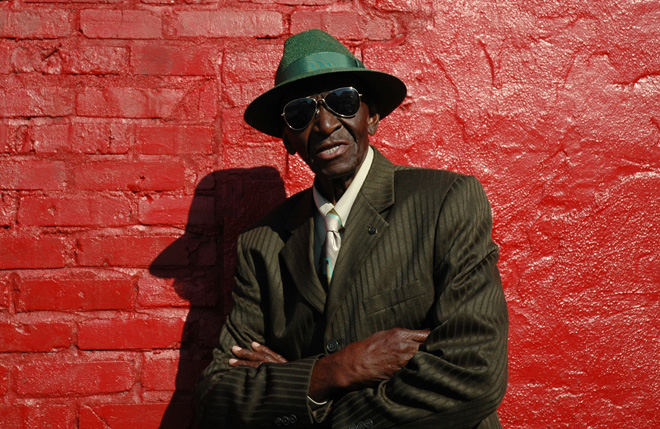 "Sir Lattimore Brown was a great friend, a great entertainer, and I feel blessed to have had him in my life."

"I've had the pleasure of knowing Lattimore during the best and worst of times in his life. Even though he did a lot of work here in Nashville recording and getting show dates, he was always happy to get back to his family in Knoxville and to be with his friend Clifford Curry.

When he was in Nashville, it was not uncommon for Lattimore to come to my house and eat with my wife & children. He loved fried fish and he appreciated family life. Lattimore was one of a kind... Even when he didn't have much money, he liked to make a nice personal appearance. His clothes were always clean and neatly pressed. He always wanted to carry himself in a professional manner and he loved the Lord. Even during his "down times", he never embarrassed me or the people in my office, home or in the studio.

I will miss his great smile and generous handshake. I'll especially miss his wonderful, soulful voice. My only regret is that we never had the opportunity to do a gospel project. The Lord would have spoken through Lattimore's voice.

"A very gentle soul; truly one-of-a-kind, with a 'ton' of personality, a personality that you just 'couldn't help but like', and on stage, his singing and stage presence really lit it up... what some of the others tried to fake, just came natural to Latt. You couldn't count the times he 'stole the show' and I never heard a cross word about Lattimore Brown from any of the pro entertainers and musicians back-in-the-day: he was a 'respected man' and will truly be missed by those of us who loved him."

"My memories of Lattimore were humorous... He kept the party going! I enjoyed singing the melody line of his song with him, 'I Know That I'm Gonna Miss You' on The Beat!!! show in Dallas in the 60's. He was really fun to work with.

Last but not least, he was an awesome entertainer."

"Sir Lattimore Brown was, without question, the most deeply spiritual man I ever met. I loved him so much."

"I would like to give a bit of insight into the man he was this past year when I knew him. He had been in his little home a couple of weeks earlier and it was winter and surprisingly cold for Pensacola. I knocked on his door and he answered wearing an old tee-shirt and invited me in. Papa Don had provided him with the basics so he had somewhere to sit and sleep but if it was ever going to be a home we had a long way to go.

After that first visit he came to stay with us on a regular basis. Most months he came for the weekend and I saw him at least once a week and spoke to him throughout the week. We had fun. We sang and laughed A LOT! The charity shops soon got to know us, Latt holding somebody's hand and singing with me swooping up what he needed. We never paid one penny for anything. One day we filled the car with blankets, pillows, towels and clothes. We ran behind the store like two naughty kids and fell into each others arms laughing so hard. He called us Bonnie and Clyde.

He introduced me as his manager, minder, and one time his overseer! I would just smile and say I am just his friend."

"Every time I'd stop recording, Lattimore would say the most amazing things. There was something special about him that couldn't be put on paper. He got to see the world in a way that most of us could never dream of... Highs and lows, goods and bads, Heaven and Hell; there was no middle.

One thing he told me that I will never forget was 'Chase? Don't let religion get between you and God!'

And I haven't since.

Lattimore, you are deeply missed."

"Goodbye my good friend, God Bless your soul, Mr. Lattimore. Thank you, Kelly - only you and I know what he meant to me, and I am so thankful that we figured out how to do a gig together and see each other after over 40 years... Thank You."

"What a singer! When I met Lattimore a few years ago, he immediately treated me like a close friend. He had a warmth and an openness that was so refreshing. He loved to have a rip-roaring good time, like a man a fraction of his age. And he loved to sing! He had a devastating voice - soul and gospel just poured out of him with no pretense and no ego. A pure performer who always sang from the heart.

He is painfully missed."

"I only 'knew' Lattimore Brown for a brief few days in the spring of 2009. Within an hour of our first handshake, I was playing guitar and singing alongside him. This represented a rare thrill for me, as I had spent the preceding six months or so becoming very familiar with the lovely music he recorded in the 1960s and 70s. I was fairly surprised to see how delighted he was to be playing music with me, even though our audience consisted of three close friends, tucking into a cooler of beer at an Econolodge in Biloxi.

Lattimore's excitement was contagious... I saw in him a rare ability to maintain an upbeat perspective in the face of terrifying adversity, and I strive to treat every day as a gift, after his example. Much in the same manner as the miraculous story of his survival, his sudden passing reminds us that our existence on this plane is precarious indeed. I wish that even half of us would dare to live this life as fully, and as deeply, as Sir Lattimore Brown lived... I know that I'm going to miss him."